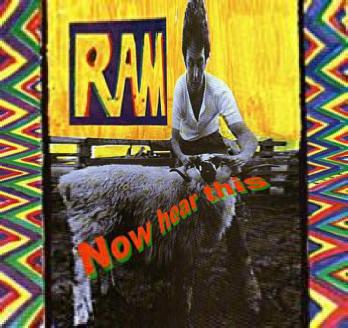 This page is exploring something kind of rare - a bunch of fifteen promo spots for Paul McCartney's second album "Ram". Each of these is only thirty seconds long, but they are all different! The elements are sometimes the same, but they are in a different order any time.

First a bit of history (even though there's not much to say about it):

Over the years one or more of the promo spots have appeared on bootlegs, here are a few examples:

The latest release of all of the promos (together with some other stuff) was in 2000 as bonus tracks on the Bootleg with the original Mono-Mix of Ram (Manural Apple MAS-3375).

And now for the contents of the actual promo tracks: